REW 2018 to Discuss Prospects for Development of EnergyNet Projects

REW 2018 to Discuss Prospects for Development of EnergyNet Projects 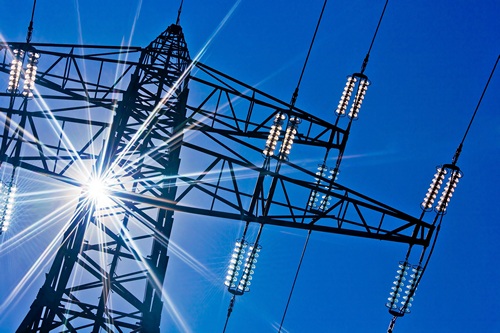 As part of Russian Energy Week in Moscow, the panel session ‘EnergyNet: The Reboot’ will cover the results of the implementation of the EnergyNet NTI roadmap, and auxiliary stimulation and government support measures aiming to accelerate the introduction of promising high-tech projects.

The discussion will feature First Deputy Minister of Energy of the Russian Federation Alexey Texler, Head of the Subgroup ‘Reliable and Flexible Networks’ of the National Technology Initiative ‘EnergyNet’ Vladislav Vorotnitsky, and Vice President and Executive Director of the Cluster of Energy Efficient Technologies of the Skolkovo Foundation Oleg Dubnov.

The Presidential Economic Modernization and Innovative Development Council Presidium approved the EnergyNet NTI roadmap in September 2016. The project aims to develop Russian smart energy technologies and help Russian companies lead the way in global future energy markets over the next 15–20 years. The roadmap has already resulted in some pilot projects being implemented, improvements made to the regulatory framework and technical regulations, and a range of measures being taken to develop workforce potential.

At the same time, new technologies are developing across the globe at an ever-increasing rate, defining the technological landscape for equipment markets, software, engineering, and energy industry services. While this will magnify the challenges facing the Russian energy industry, it will also create additional opportunities to accelerate the roadmap and develop innovation in the sector as a whole.

Session participants will outline ways to increase the effectiveness of the roadmap and make energy companies and development institutions more engaged in its implementation.

As Oleg Dubnov notes, the procedures for state venture financing for approved EnergyNet projects should be simplified. “It is important to make the implementation of such projects easier in relevant companies, to stimulate major enterprises to cooperate with such projects,” said Dubnov.

According to Dubnov, in order to unify projects solving separate and independent objectives, the EnergyNet expert group has already started attracting companies that can act as project integrators for the development of more comprehensive products. They are also cooperating with other development institutions to attract more investment.

As Oleg Grinko, leader of the EnergyNet National Technology Initiative and moderator of the discussion underscored, “In order to implement the EnergyNet roadmap, there must be close cooperation between state and private companies. We must identify effective mechanisms for testing new technical solutions in the current energy industry regulation model.”

“An important issue that we want to discuss is the implementation of EnergyNet integrated pilot projects in Russia’s regions and in specific network organizations. Similar projects have already been implemented in Kaliningrad, Sevastopol, and Veliky Novgorod. At the session, we plan to discuss one of the key related issues: the creation of a management system for comprehensive pilot projects that takes the simultaneous participation of large corporations and small and medium-sized companies into account. The main task of such system would be creating risk-reducing operations models and models that would allow projects to be scaled successfully across the Russian Federation and abroad,” says Grinko.