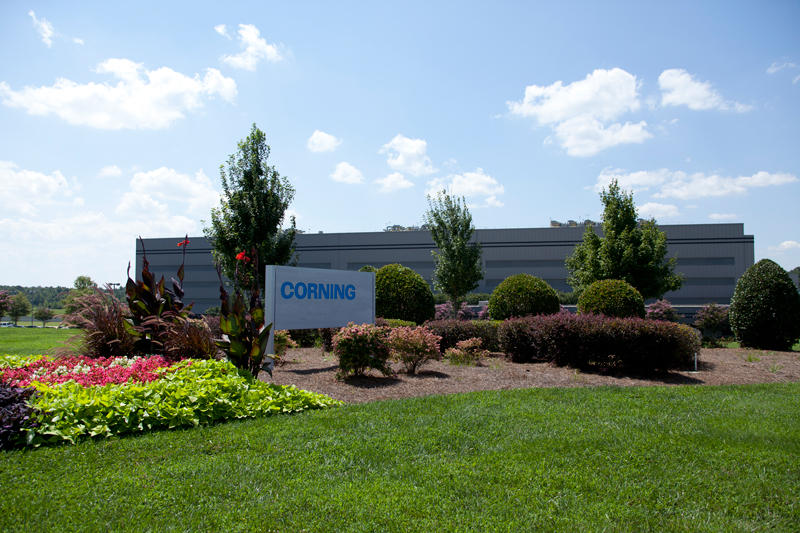 Corning Inc. says strong demand for optical fiber and cable is bringing another expansion in North Carolina. The company said Monday it will spend $176 million in Catawba and Cabarrus counties and create 410 jobs over the next two years.

Corning will build a new $67 million optical cable plant in the former General Dynamics building on Prodelin Drive in Newton, in Catawba County. The plant will create at least 210 new jobs.

It will spend another $109 million to expand its optical fiber plant in Midland, in Cabarrus County. That could add about 200 jobs over the next two years.

Corning will be eligible for state economic development grants at both sites over the next 12 years - about $2.6 million for the Catawba plant and $2.1 million for the Cabarrus plant. That's if it meets its pledges for new jobs and investment. Cabarrus officials still need to approve the county's share of the grant.

Corning Optical Communications said it would be hiring at the two sites for machine operators, distribution staff, maintenance personnel and other workers. Salaries will vary, but the average will be $56,963 a year in Newton (where the county average is $39,774) and $58,146 in Cabarrus (where the average is $37,808).

Optical fiber and cable are used in communications networks around the world, where growth is driving Corning to expand, spokesman Joe Dunning said.

Corning already has about 3,000 workers in the state. It opened the plant on U.S. 601 in Midland in 1999. And it's in the midst of building a new headquarters off I-485 in northwest Charlotte for its optical communications division headquarters. The headquarters is currently in Hickory.

“This long history in North Carolina – and today’s announced expansions – would not be possible without the ongoing support of local, county and state government entities," Clark S. Kinlin, Corning Optical's executive vice president, said in a statement. "This decision is a win/win for Catawba and Cabarrus Counties, and for our highly skilled, diverse and dedicated employees who work and live there.

In a press release, Gov. Roy Cooper welcomed the announcement. “Companies that continue to innovate and invest in research and development are the kinds of high-tech job creators we want working with North Carolina," he said.

Corning's big expansion comes despite continuing concern over House Bill 2, the state law that limits protections for LGBT residents and bars transgender people from using the bathroom of their gender identities.

Dunning said Monday the company has previously expressed disappointment over HB 2. It issued a statement opposing the law in April 2016, and joined 68 companies last July in a friend-of-the-court brief urging federal court to halt the law's implementation.

"We believe that we have to stay to dialogue and stay in the state to effect change," Dunning said. "We hope that our example of inclusion and engagement inspires others to stay engaged on this issue," Dunning said.