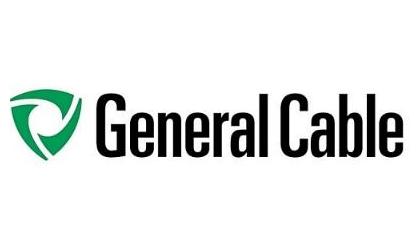 Italian cable maker Prysmian has agreed to pay a hefty premium to buy U.S. rival General Cable in a $3 billion deal struck despite competing bids from Chinese and European groups.

Prysmian, which makes cables for the energy and telecoms sectors, said the acquisition of the Kentucky-based group would strengthen its industry-leading position and increase its exposure to North America.

“Four groups were vying for the acquisition including the Chinese ... it was not an easy weekend, but successful one,” Prysmian CEO Valerio Battista told analysts on a conference call.

He and Chief Financial Officer Pier Francesco Facchini were speaking from New York in the early hours of Monday after having negotiated over the weekend to trump bids coming from France’s Nexans (NEXS.PA), Denmark NKT (NKT.CO) and China’s Hengtong Optic-Electric, sources said.

Letting others grab General Cable could have put Prysmian under pressure in some markets, especially North America, where it generates 15 percent of its sales. Prysmian has been looking for months for possibilities to grow in the U.S. market.

The Italian company is paying $30 for each General Cable share in an all-cash deal that values the group at about $3 billion, once debt and other liabilities are included.

The price is a premium of more than 80 percent to General Cable’s price last July, when it started a strategic review to identify a possible merger partner to boost growth and maximize shareholder value.

General Cable’s shares rose to $29.70 in premarket trading on Monday, up more than 36 percent from a closing price of $21.8 on Friday.

Shares in Prysmian initially fell more than 3 percent as the hefty premium spooked investors, but quickly recovered after executive comments on promised synergies from the deal.

The deal will be financed through a mixture of new debt, cash and existing credit lines. Prysmian said it would launch a right issue of up to 500 million euros ($592 million) as it wants to create room for additional acquisitions, without giving more details.

Prysmian has a successful track record of buying and merging with rivals as it became the global leader in the sector after acquiring Dutch company Draka in 2011.

The combined Prysmian-General Cable is expected to generate around a third of its sales in North America, while Europe will account for around 54 percent, Battista said.

Prysmian derives the bulk of its sales from the energy and infrastructure businesses, which includes its power distribution business.

General Cable, instead, generates the biggest part of its revenue from the electrical utility business. The two groups classify their businesses in different ways, making it difficult to forecast the business breakdown of the merged group.

It expects the deal to lift underlying earnings per share by 10-12 percent within the first year after it is finalised.

Additional synergies are expected, including up to 40 million euros thanks to lower financial costs for General Cable debt and more through efficient use of working capital, executives added during the call. One-off integration costs are estimated at about 220 million euros.

“While the share price for General Cable may surprise the market, the synergies potential identified by Prysmian is significant and likely higher than expected,” Lucie Carrier, an analyst at Morgan Stanley, said in a note.

The deal, which is expected to close by the third quarter of next year, would create a group with combined sales of more than 11 billion euros and adjusted core earnings (EBITDA) of about 930 million euros, the companies said in a joint statement.