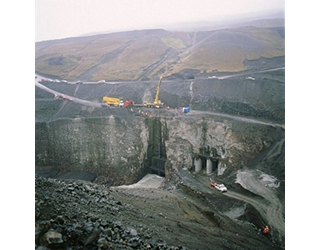 If the proposed project of connecting Iceland’s energy grid with Britain’s via a submarine cable is realized, that would require the construction of power plants in Iceland the size of two Kárahnúkar projects, or 1,400 megawattts, RÚV reports. This is the conclusion of a report written by a government task force formed to look into the feasibility of such a project. The Kárahnúkar hydroelectric power plant in East Iceland, whose construction was quite controversial, is by far Iceland’s largest.

Although British authorities are interested in the project, negotiations have revealed their intention to cut funding for renewable energy projects.

According to Ingvi Már Pálsson, director of the task force, the project would call for the construction of major hydroelectric power plants, as well as wind energy. New power plants would have to undergo environmental assessment.

Ingvi estimates that if the submarine cable is laid, the price of energy in Iceland would increase by 5-10 percent for the average home, but more for those which are electrically heated. Energy cost for industry would increase by ISK 2-4 billion (USD 16.3-32.6 million, EUR 14.7-29.4 million) a year.

Minister of Industry and Commerce Ragnheiður Elín Árnadóttir states that no decision regarding the project will be made before elections this fall. When asked whether laying the submarine cable is an option, she answered it was too early to tell. What has become clear, she stated, is that the project won’t be realized without financial support from the UK. It’s up to the British, she said, to explain how that would happen.

She added, “What we also notice is that major power plant projects must be undertaken. We would need more than 1,400 megawatts, which means two Kárahnúkar plants.” She pointed out that those would have an environmental impact, which takes time to discuss, and that there is no guarantee an agreement could be reached.