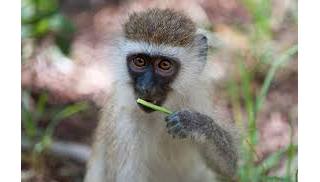 When a monkey fell on a transformer at a Kenyan hydroelectric dam, the entire nation lost its electrical power.

Kenya Electricity Generating Company, or KenGen, produces about three-quarters of Kenya’s electric energy. Late Tuesday morning, as KenGen wrote on Facebook*, a monkey scaled the roof of the company’s Gitaru Power Station in central Kenya. The 225-megawatt station is KenGen’s largest, generating about 10 percent of the country’s electricity thanks to the 100-foot-tall dam holding back the Tana River.

The monkey lost its purchase on the roof of the plant, and it tumbled down to land atop a transformer. What happened next played out like a catastrophic game of transformer dominoes: With a monkey on its back, the first transformer shut off its electrical flow, causing other transformers at the station to trip as well. KenGen said in its statement that “a loss of more than 180 megawatts” at the power station “triggered a national power blackout.”

Kenya’s blackout lasted for four hours. Business Daily Africa reported that businesses were the hardest hit by the outage, with many shops relying on local — and comparatively more expensive — electricity from backup generators.

The animal, which appears to be a vervet monkey, survived the incident. “Monkey is alive,” according to KenGen’s Facebook* post, “and taken in by [Kenya Wildlife Service].”