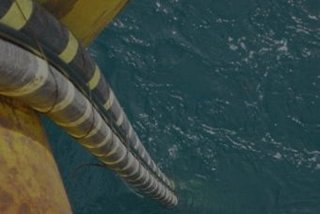 Tasmania is facing an unprecedented energy crisis as extremely dry conditions result in dams, which feed hydro generators, falling to almost record lows and the undersea Basslink cable remains out of action.

So what does this mean for Tasmania's power supply and demand?

Average state consumption across the year is 1,200 megawatts at any one time, in summer it is about 1,100 MW but it increases to 1,400 MW over winter.

Basslink normally accounts for about 30 per cent of power supply, Hydro dams 60 per cent and wind farms under 10 per cent.

Just before the Basslink outage in December, Basslink was providing 40 per cent, wind farms 12 per cent and Hydro dams were closer to 50 per cent.

Five days before Christmas the Basslink cable broke down, cutting energy supplies from the mainland.

The Tamar Valley gas-fired Power Station has been restarted to help make up the shortfall, supplying 25 per cent.

Wind farm supply has remained the same and Hydro electricity is about 65 per cent.

From the start of summer dam levels have fallen from 26 per cent on December 3 to 17 per cent by February 22.

Despite above average rainfall forecast over the next few months, dam levels are expected to hit a new record low in May of 13.6 per cent.

Energy analyst Marc White said that Hydro dams had not previously operated below 16.5 per cent.

"As we get down to the low levels, there's risks that the generators might suck in weed or silt and because those motors are spinning very, very quickly that can cause significant plant damage," he said.

"We are really in unchartered territory as to what sort of risks we're taking."

Who is using the power?

About 60 per cent is used by the big five industrial users - Bell Bay Aluminium, Nyrstar, Norske Skog, Temco and Savage River mine.

But Mr White said there was very little chance of power shortages.

"It's very unlikely that there'll be power shortages ... there's been a number of contingencies put into place including for further adverse affects such as losing a major generator," he said.

Hydro is sourcing 200 diesel generators which could supply up to 200 megawatts by April.

Once all 200 generators are in place, Mr White expects diesel will end up accounting for about 12 per cent of the state's energy supply, Tamar Valley about 35 per cent, wind 10 percent and Hydro about 43 per cent.

These figures are based on whether the 200 diesel generators are used for more than half of the day.

"The State Government has a strong ability to get through this crisis, the question will be at what cost." Mr White said