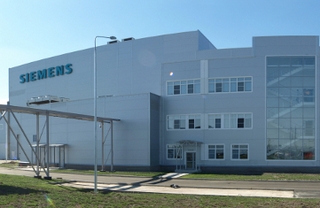 February 21 in Berlin the Conference of improvement of the investment image of Russia in Germany opened. The Forum was held under the patronage of Commerce Chamber of the both countries . This year the main theme of the event was the use of the potential of the German medium-sized businesses in the modernization of the national economy.

The President of the " Siemens" in Russia Dietrich Moeller spoke at the panel discussion " Russia : prospects for economic development ." He told about the features of "Siemens" in Russia , investment conditions in the country , particularly in the Russian regions , where the company has production activities , as well as interaction with the medium-sized companies in the process of localization of products and solutions "Siemens" .

During his speech, D. Moeller also spoke about the prospects of the company in Russia. The market volume group in the country will grow by about 7% per year until 2018. Due to an increase in large infrastructure projects , in which the " Siemens" intends to participate in the near future .
The conference also held separate panel discussions devoted to the localization of production in Russia and the development of small and medium-sized businesses .